Petrolhead Alloy Wheels from Wolfrace, Wheels To Suit All Enthusiasts,

A word all but certain to send a tingle down the spine of even the driest and least romantic of petrolheads, homologation refers to the process by which car manufacturers used to go motor racing, by building a set number of road-going versions of their soon to be race or rally cars, then selling them to the general public and the odd race team. Doing this would, once signed off by the FIA, permit them to take part in the World Rally Championship, Le Mans, the American Le Mans Series, the British Touring Car Championship or a handful of other high profile series dotted across the globe.

Homologation has given us some of the most brutal, uncompromising and sought after cars ever sold to the general public, with many being little more than barely de-tuned versions of their full-fat race and rally siblings! The sheer variety of homologation specials is nothing short of breathtaking, hence why we’ve hüpfburg kaufen put together the following list detailing some of the greatest.

The car that made Group B its own for its 2 maddest, baddest seasons, the Peugeot 205T16 was so successful because it made full use of the categories unrestrictive nature. It was lightweight and powered by a transverse, mid-mounted four cylinder engine, the location of which ensured that the T16 had the kind of weight distribution the front-engined Quattro could only dream of. The full blown rally cars eventually made as much as 500bhp, yet the road versions made do with a more prosaic (yet fairly potent by the standards of the day) 197bhp. In line with all Group B cars, road going T16s have long been the preserve of multimillionaire car enthusiasts, but that doesn’t stop us dreaming of owning one.

The Sport Quattro wasn’t able to take Audi back to the top of the Group B table, but it remains one of the all time rally greats

The automotive equivalent of a sawn-off shotgun, the S1 Quattro was the result of Audi’s attempt to readdress some of the car’s main weaknesses, namely the handling deficits originating from its front-engined layout. While Audi was only partially successful in this (the WRC cars were never able to topple Peugeot), the road going version became an instant classic, the ultimate road-going rally weapon and a full blown Group B icon. In line with the 205T16 mentioned above, road bouncy castle going S1 ‘short’ Quattros are massively sought after nowadays, so much so that many have resorted to making their own S1 ‘homages’ from more prosaic ’80s Audi Coupes.

The 155 Silverstone led directly to the 155 BTCC car, the one that came to dominate the 1994 season

The BTCC was at its finest in the mid ’90s, the Super Touring regs governing it managing to entice a massive array of manufacturers into the fray, including Alfa Romeo. The Italian team arrived on the scene in 1994 with the 155, a car that stood apart from rival offerings from Ford, Vauxhall, BMW and the rest by dint of its advanced package of wings, splitters and diffusers. It went on to clean up and cause more than its fair share of controversy on the way to the title (the other OEMs were more than miffed about the Alfa’s aero advantage), and also gave us the 155 Silverstone, Alfa’s homologation car and one sold with most of the wings in the boot, ready for the new owner to install as and when they wished!

The Delta S4 will forever be remembered as the most extreme Group B car of all them all, and also the one which led to the deaths of both Henri Toivonen and his co-driver Sergio Cresto in a hellish fireball at the Tour de Corse, 1986. The road going version was only slightly less bonkers; it still boasted both a turbocharger and a supercharger (a combination designed to reduce the debilitating turbo lag which afflicted the early Quattros), retained a full four-wheel drive system and made 247bhp, a hefty amount in 1986.

The ‘O’ in GTO is significant – it stands for ‘Omolagato,’ an almost impossibly evocative Italian translation of, you guessed it, homologation, and gives you an idea of the 288’s intended purpose. The Group B regulations were wide reaching and intended to coax car manufacturers into all forms of motor racing, including GT and Sports Cars. The tragic events mentioned above meant that the 288 GTO never turned a wheel in anger and that all 200 cars were sold to a select number of ultra-lucky punters – very lucky in fact, they got to experience a 395bhp monster powered by the twin-turbo 2.9 V8 which would go onto power the F40!

Like a ‘regular’ McLaren F1, just much longer and even more extreme

One of the (many) remarkable things about the McLaren F1 is that it was designed to be the greatest ever road car, and was therefore built along race car principles using race car technology and materials. So astoundingly capable and powerful was the end result that McLaren opted to enter it in the 1995 Le Mans, one of the toughest races on the giochi gonfiabili face of the planet, and thus bring things full circle. They won and won convincingly, but keeping up with the competition in the years that followed required something even more extreme, hence the creation of the F1 GT ‘Longtail.’ The extended tail was there to provide greater stability while hammering down the Mulsanne Straight at over 200mph, while the nose grew longer to provide extra downforce and the wheel arches swelled to house bigger wheels. Just the 3 road cars were built to satisfy homologation requirements which makes the LT just about the most exclusive car on this list.

Homologation largely died out in the late ’90s as a result of the reticence of most car makers to spending countless millions developing fire-breathing road cars with very little relevance to the rest of their range, yet there’s one, brand spanking new car which bucks the trend – the new Ford GT. Built to enable FoMoCo to once again race at the Le Mans 24 Hours, the full 2017 production run of 250 GTs sold out within minutes, clearing its maker to once again do battle with Porsche, Ferrari and various other European supercar powerhouses. The new GT is pushed along by a high tech, 3.5l twin-turbo V6 making 638bhp, with a kerb weight of 1400kg and a slippery body which makes use of active aerodynamics. We want one more than our next breathe.

The Escort Cosworth is about as ’90s as pastel clothing, Pogs and Bay Watch!

Group A rallying gave us some of the best and most accessible homologation specials of all, with notable examples being the Mitsubishi Lancer Evo, Toyota Celica GT4 and of course this car, the Escort Cosworth. Ford had struggled to compete with the Sierra Cosworth (too rear wheel drive) and the Sierra Sapphire Cosworth (too heavy, too long) and set out to do something about it, hence the Escort Cosworth, a car focussed solely on winning at the WRC level – at the expense of real world, everyday drivability. Evidence of this latter point can be found in the Cosworth’s turbo, a frankly massive Garrett T4 which was ideal for powering up the Col de Turini but far less at home on the high street! 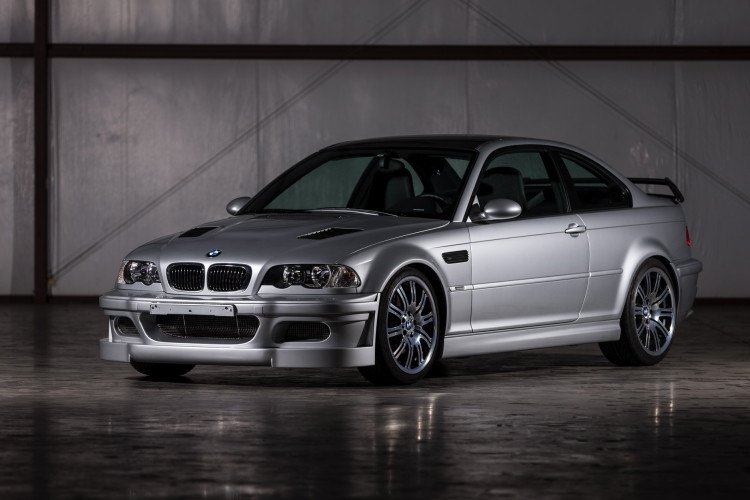 The 490bhp M3 GTR was always a very well balanced machine and one at home on undulating circuits like the Nurburgring and Laguna Seca, so it’s no surprise that the utterly planted cars soon became the class of the field. Rivals in the American Le Mans Series (ALMS) pointed out that the GTR’s P60B40 V8 went against the spirit and the rules of the GT category it was competing in (there was no V8-powered road car), so BMW called their bluff and built a limited run of 10 road legal versions, all priced at just under £200,000 each. The ultimate example of an automotive ‘stuff you,’ and one which gave the world one of the most exclusive homologation specials ever sold.

Sports Car racing in the ’90s was dominated by a series of high performance cars linked (in the most tenuous of senses) to their road going siblings, and Porsche’s GT1 was arguably the best. Despite sharing the same name as Porsche’s most famous sports car the GT1 bore very little resemblance to the road-going 911, and this was also true of the 25 homologation, or Straßenversion in Porsche parlance, cars required to compete. All were powered by a twin-turbo variant of Porsche’s iconic 3.2 flat-six, yet this time the engine was mounted amidships, with its power sent to the rear wheels by a trick Limited Slip Diff. It remains the ultimate 911-badged Porsche and one of the most sought after road-going race cars ever built, hence why when they do come up for sale (and that’s a very, very rare occurrence) they tend to sell for bonkers figures. How bonkers? £2.4 million. Ouch.