The British Touring Car Championship (BTCC) has been the UK’s premier domestic race series for decades and has introduces generations of fans to the simple joys of paper-close racing and tin-top paint swapping! We’re massive fans of the BTCC here at Wolfrace, so much so that we thought it high time we produce a run-down of 5 of the greatest moments from the series’ long and turbulant history. Think we’ve overlooked a classic? Then let us know in the comments section below. 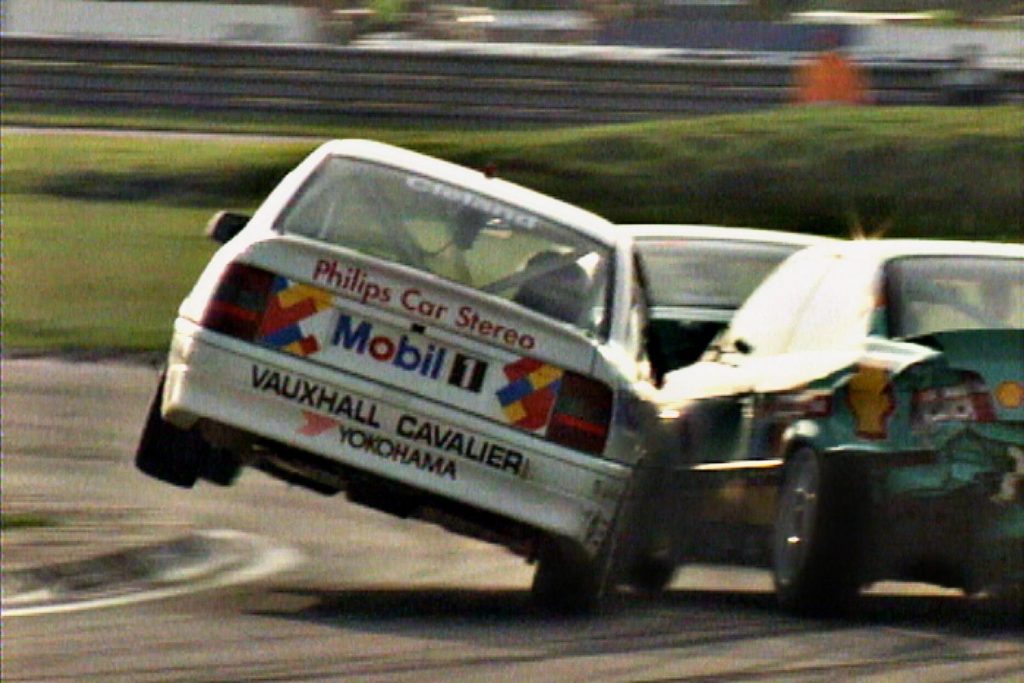 Undoubtedly one of the BTCC’s best known moments thanks to its mix of drama, a decidedly contentious on-track move, and of course Murray Walker’s iconic line – ‘I’m going for first says Cleland.’ John Cleland (Vauxhall), Will Hoy (Toyota) and Tim Harvey (BMW) were all in with a shout of the title when the series arrived at Silverstone for the final round, with the Cavalier driver needing to finish ahead of his rivals to put the championship beyond their reach. Things came to a head in the final race meeting of the year, and the battle and ensuing crash between the BMW of Steve Sopher and Cleland has gone down in BTCC folklore. The 3-series and the Cavalier came together at Luffield, both spinning out and hitting the Armco. Both were out on the spot, but the Scot’s exit meant that Soper’s team mate, Harvey, was assured of the title. Click here to watch the video. 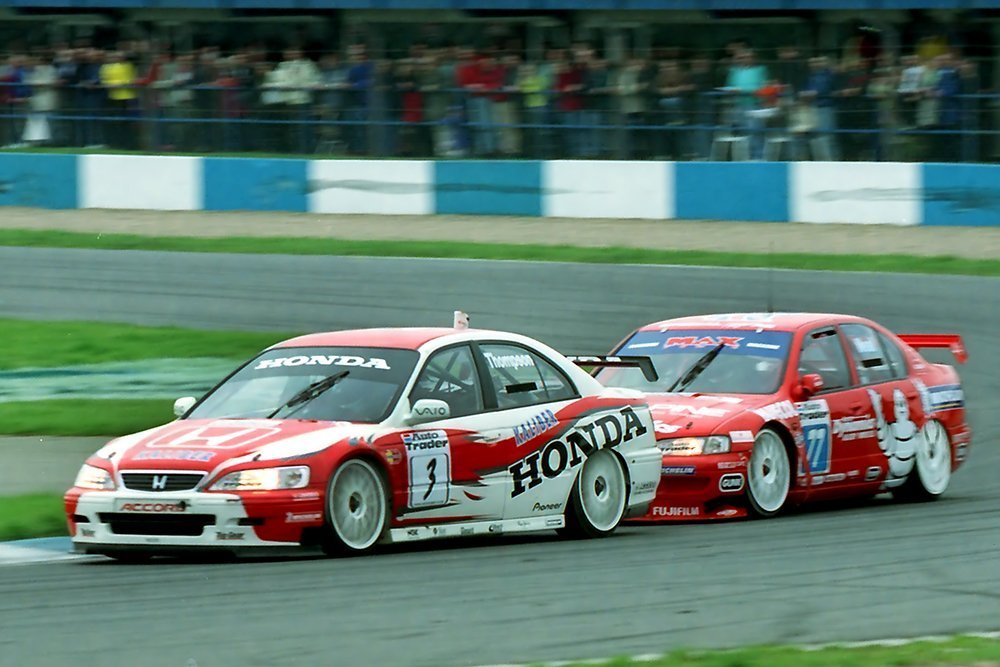 The 1990s saw the BTCC enjoy its golden era thanks to bumper grids of manufacturer teams, so much so that it often felt as if every single dealership on the high street was represented! While great for fans the sport as a whole, the manufacturer domination did make it hard for privateers to score big points, which is why the BTCC’s sporting body put up a prize fund of £250,000 for the first Independent to win a race outright. Matt Neal was the man who managed to claim that hefty prize at Donington Park in 1999, driving a stunning race in his Team Dynamics Nissan Primera (despite a heart stopping moment when he stalled in the pits and having to re-take the lead from James Thompson) and putting in one of the drives of his career. It’s a result that’s gone down in BTCC lore. Click here to watch the video. 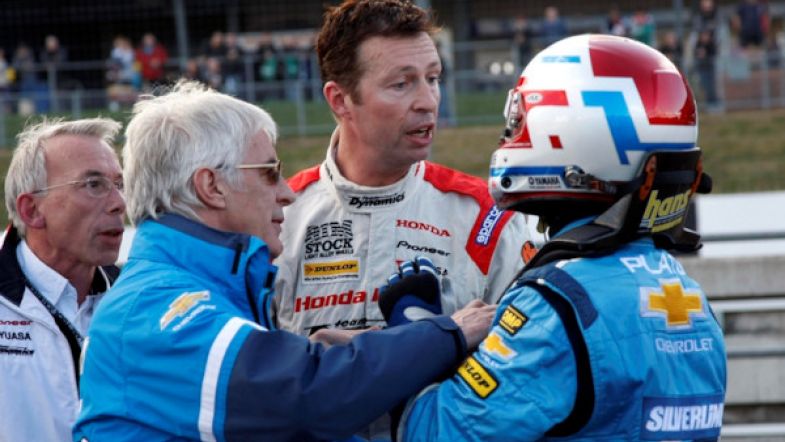 One of the most engaging aspect of the BTCC are the personalities of its drivers, with most able and willing to speak freely. This has cultivated a number of series characters with two of the best known (not to mention most divisive) being Jason Plato and Matt Neal. Both have been in the series for decades now and both have won multiple championships – but that doesn’t mean they’ve always seen eye-to-eye! The most dramatic incident between the pair actually occurred off the track at Rockingham in 2011 after a contentious qualifying session, and it very nearly ended in blows! Click here to watch the video. 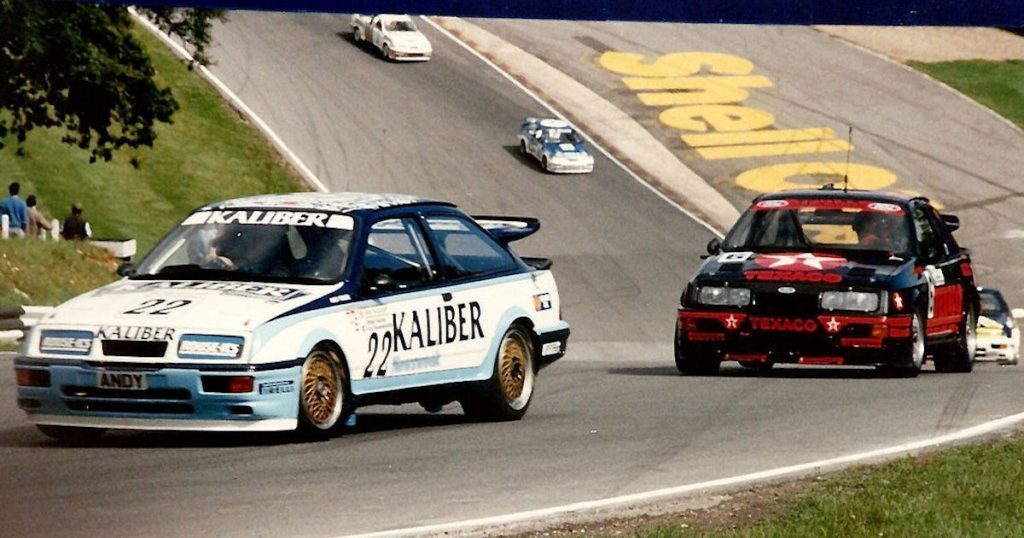 The 1980s saw the mighty Ford Sierra rise to dominance, so much so that the rules were tweaked at the end of the season to effectively outlaw it! The RS500 won in race series all over the globe thanks to its aero package and the 500bhp+ potential of its Cosworth YB, and the BTCC was no exception. This titanic battle between Steve Soper and Andy Rouse is nothing short of jaw-slackening, and it’s made all the better for taking place at the full Brands Hatch GP circuit. Click here to watch the video. 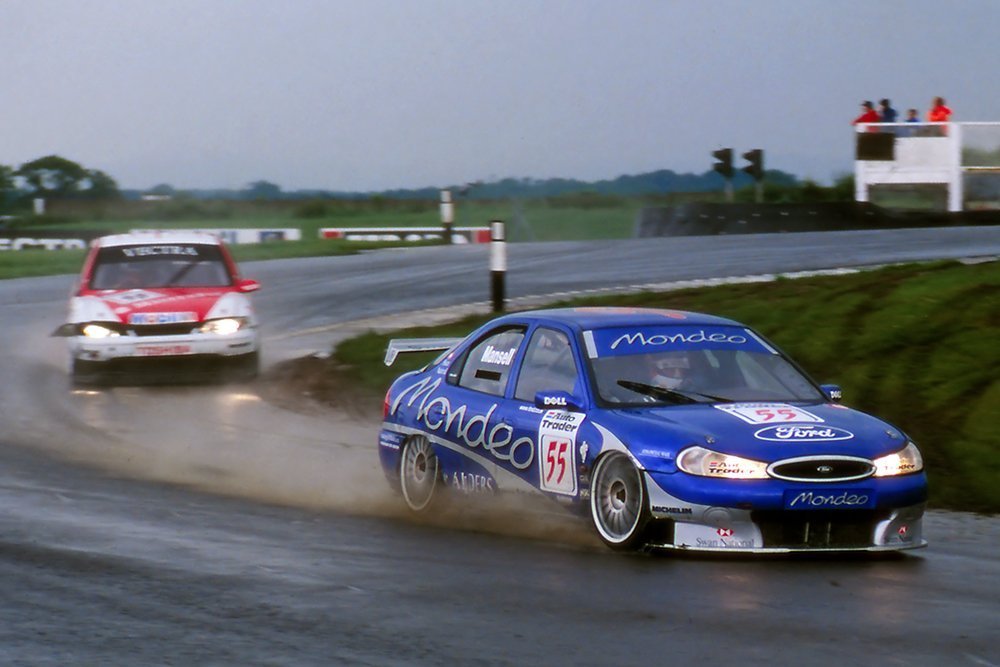 Nigel Mansell dabbled in BTCC racing at various points in the 1990s, with the two best known instances taking place at Donington Park, both at the wheel of a Ford Mondeo. The first occurred in 1993 and saw the mustachioed Brummie clout the Dunlop bridge at a whopping 120mph, a nasty smash which could’ve been far worse! The second instane occurred in 1998 and was far better; Mansell started from 19th and used the soaking wet conditions to his advantage, working his way up to 5th place by the time the safety car came out. He rose as far as 2nd and might well have won had he not out-braked himself into the chicane, handing the victory to John Cleland in the process. Click here to watch the video.