The Sedanca, the restoration of unique British car making history

The Sedanca, the restoration of unique British car making history 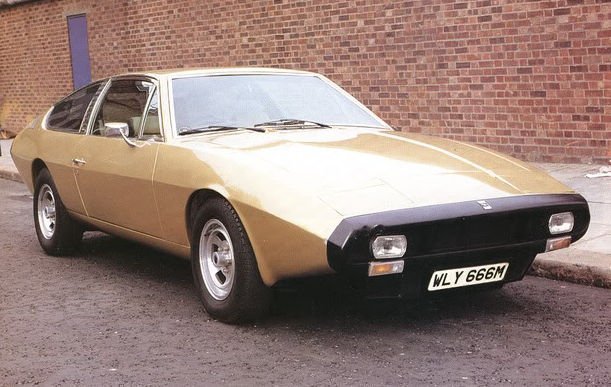 Imagine our complete surprise and delight when customer Richard Town recently got in touch to source some new wheel nuts for his classic Owen Sedanca which is still standing on its Wolfrace 15” mag slot wheels!

If you’ve never heard of an Owen Sedanca before you wouldn’t be alone. Owing to the early 1970’s fuel crisis, there were only ever three Sedancas made, and two are known to be still in existence.

The Sedanca was commissioned by Gerald Ronson, owner of London-based car dealership HR Owen. The car’s design was heavily inspired by the Lamborghini Espada (a car which Gerald also owned) and was brought to life on paper by designer Chris Humberstone. Once the design had been finalised coachbuilders Williams & Pritchard Ltd were given the job of draping the bespoke aluminium body over a Jaguar XJ6 chassis, while retaining the Jaguar’s 4.2-litre engine to produce the prototype vehicle. The Owen Sedanca was born.

The car debuted in September 1973 and, even with inflatable water park hefty price tag of £8,500 (double the price of the Lamborghini at the time), 80 orders were placed. However, the 1973 fuel crisis meant most of the orders were cancelled and the project was wound up. Or so it would seem.

A recent article by Keith Adams for AROnline, Keith speaks with Anne Russell-Steele, the daughter of the first ever Sedanca owner. Anne recalled, ‘My mother had the original white car built for her, as she would not cancel her original order and I have photographs of it at our house in Oxford (see attached) and have been driven in it many times and have driven it. ‘We sold our house in Oxford to a Lebanese (Arab) gentleman and stayed good friends with him and his family and he eventually bought my mother’s car for his eldest son as he was so impressed with it he then commissioned a second car to be built for his second son, though neither son’s were of an age to drive them on the public roads at the time. When the gentleman left the UK both cars were sold.’

This time, HR Owen gave the job of building the car to Panther Westwinds, and it seems that the finished article made a good impression, as a further Owen Sedanca was built by Panther in 1983 for the same customer’s son.

Anne recalled: ‘The HRO1 was the prototype – as my mother had only bought the car from drawings, they brought the prototype down for her to have a look at and decide colours etc. The other photos are when they delivered the car (by which time we had moved).

“On their first attempt to deliver the car on one of the country roads they bashed the front bumper of the car and had to take it back to repair. The nose was like Concorde’s and you couldn’t see the end of the bonnet. It was easier to park if you put the lights up and then gave it a couple of feet. I remember my parents being stopped by police once as they were supposed to know all types of cars on the road and they hadn’t seen one like that before. It had a very luxurious interior with silver topped decanters and brushes in the arm rest etc.”

Sadly, the prototype is believed to have been scrapped, leaving just two production cars in existence – one of them is currently undergoing loving restoration by it’s owner Richard.

Posting to the Jaguar Enthusiast in June 2017, Richard wrote:

“After a long sleep under a tree in someone’s back garden — Goldie is back!

Much the worse for her long sleep but now in the wilds of Hampshire for bringing back to road-worthiness and MOT — hopefully by the end of August — she’s suffered major floor pan and boot floor rot. And that hasn’t helped the electrics and glass surrounds. However, I did get it started with the help of a gravity petrol feed, the brakes still braked, the steering still steered. Only 23,000 on the clock but been sat idle since the early 90s”

Built on a Series 1 Jaguar XJS chassis, “Goldie” is believed scivolo gonfiabile to be the second Sedanca of the three built. The third, in a fetching blue, is part of a museum collection in Germany.

We would like to thank Richard for sending us his pictures and allowing us to share them with you. We hope you get many years enjoyment out of your latest project Richard and who knows where the story will go next? 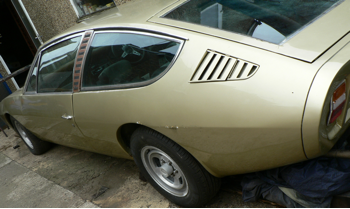 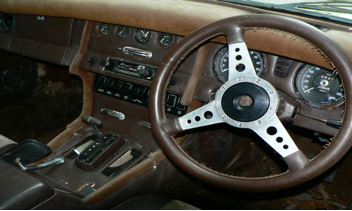