Outdoor livin’ – This twin-slider T5 is ready to roll on Wolfrace Wheels! 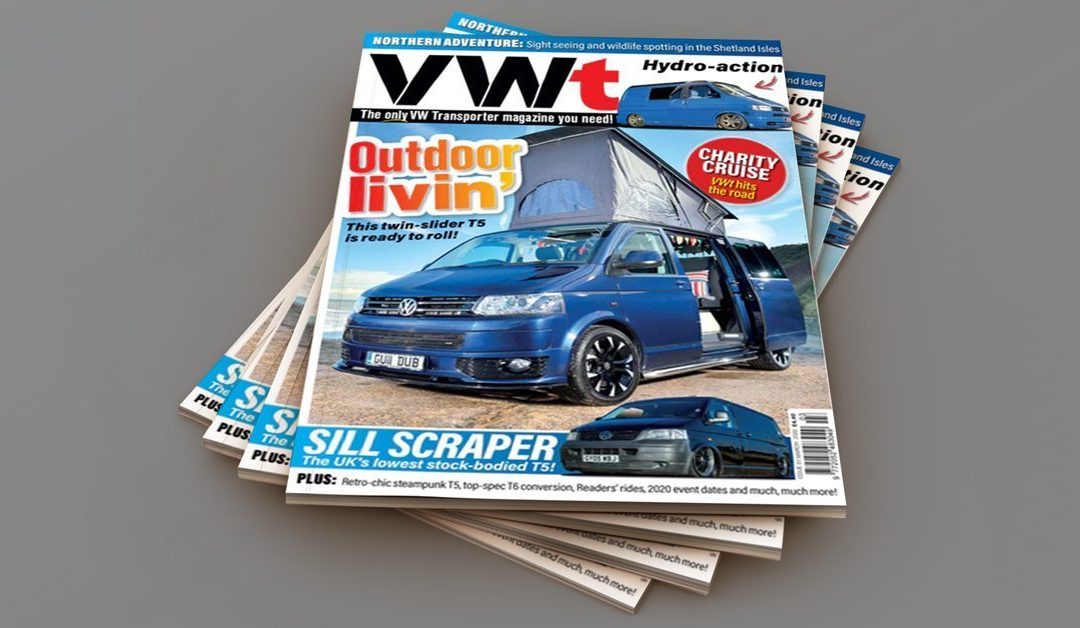 This article was originally published in VW Bus T4 & T5+ Magazine and is posted with their permission.

You have to learn to walk before you can run. Everybody knows that. But who has the sensibility to apply that logic in our modern, fast-paced world? A world where everything is at our fingertips and just the prospect of waiting more than three seconds for a website to load has 90 per cent of us heading for the exits.

We don’t want to wait any more. We want it all, and we want it now! Buy preferably without the adverse effect on the environment of a million hell-bet, under-paid delivery van drivers.

But hold on a second. Is it not true that good things come to those who wait? We’re living in a paradox, and the only people who can save us are Jonathon and Suzie Gull. They come from March (the town, not the month) and the way they have gone about creating their own version of the ultimate Camper should be a lesson to us all.

Jonathon and Suzie have been married for 11 years, and early in their relationship discovered a mutual passion for campaign and the outdoor life, as Jonathon explains: “We are what you would call seasoned campers. We’re been all over Europe, as well as the UK.”

“In 2015, we decided the time was right to get a Camper for our 10-year-old daughter, Layla, and us. It wasn’t necessarily with a view to actually sleep in it, more just something easier to throw all the kit into and head off at a moment’s notice.

“We’d never owned one before, so rather than just dive in feet first, we did our research, most of which was done by flicking through magazines like this one.

“I felt a twin slider would give us all the flexibility we’d need, and also preferred the idea of a tailgate

“We chose Swiss Vans in Wales due to the options packs offered, and ordered a brand new T5 Kombi T32 in Midnight Blue, but purposefully held off doing anything drastic inside at that stage.” 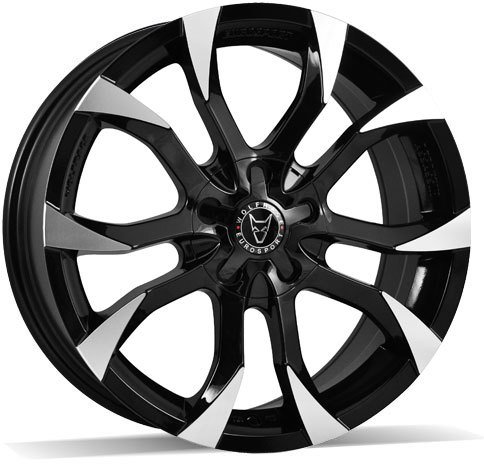 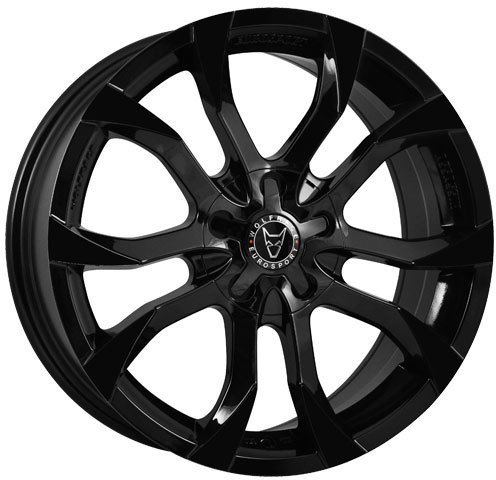 For the love of kit

The options pack that had attracted the couple included a Sportline front end, LED running lights and a carpet lining with insulation. To what they added their choice of Wolfrace Eurosport Assassin 18” alloy wheels, roof rails and an awning rail. These guys love kit, and aren’t afraid to use it.

The fact they opted for a VW Camper is tethered to Suzie’s past, having once owned a classic Beetle before meeting Jonathon. As it happens, she owns one again now, with a mint 1969 Bug tucked up in the garage next to the T5 at night.

“Suzie said she would never sleep in the Van,” continues Jonathon, |preferring to use the awning. But the first time we actually slept inside, she couldn’t believe how quiet it was, let alone the warmth factor!”

This revelation marked the beginning of the transformation. The first of many trips to Xtremevan in Market Harborough led to the installation of a HiLo roof with feature lighting inside and out, and a top bed.

“This set up worked great for a couple of trips. My wife and I used the bed in the roof, and Layla slept in a bunk across the cab. Eventually, though, we realised we couldn’t continue like this and so began to research a rock ‘n’ roll bed.

“Obviously we wanted somewhere safe for Layla to sit in the back, and so we went with a 1,300mm wife Reimo 3000 Variotech seat / bed on rails, and had it installed by CMC Reimo in Kent.

“The rails are a great option, giving us flexibility of space in the back.”

With the bed not quite going the full width of the van, the opportunity arose for some kind of storage unit. Cue more research.

“We spend most of our time in the awning when we’re camping. When we take the big one, it has all of our cooking equipment, our portable 12v fridge and a separate zone that is reserved for Suzie’s wardrobe!

“We knew we didn’t need the full-on camping interior that you see in a lot of vans, but a bit of storage would be ideal.”

The result is a lovely, bespoke, curved unit supplied and fitted by Rhales (Richard Hales) Conversions near Oundle. “It’s the perfect unit for us, and the top is also very handy for somewhere to put your mobile phones whilst charging.”

At this point the thing that gets us all at some point got Jonathon.

“Maybe I’d been looking at too many magazines, but I felt the van needed a bit more styling, so I got in touch with PP Tuning in Louth and they fitted one of their AMG rear bumpers and twin exhaust. Suzie hates it, but somehow I managed to get away with it!”

At the same time, something else Jonathon got away with was a re-map from 140bhp to 185bhp. He told us with a straight face that it was to accommodate the extra weight from all the new additions to the Camper, but he’s not fooling us.

“The extra torque really helps when you’re fully loaded up. We have our bikes in the back and all the camping kit and caboodle, so it means going up hills is no longer something we have to worry about.”

We’re right with you, man.

After attending a few VW shows, the next thing to get attention was the suspension. “I didn’t want to go crazy with it, but all the lowered vans did look nice,” remembers Jonathon of those early trips.

A set of Sportline 40mm springs did the job, but not without some teething issues. After collecting it from the place that fitted them, the van was banging and jumping around, so Jonathon took it to a local garage for a check up.

“They couldn’t believe the mistakes that had been made in fitting them. He put it back together properly and it was like a different van to drive.”

The van has since gone on to bigger and better things, serving as a wedding car for daughter, Bryony, and picking up best T4 / ‘5 / ‘6 at Alive and V Dubbin.

Jonathon: “We have friends who rushed in and bought a fully kitted out T5, and in the end they have changed to something like ours after realising they’d given up all the space inside for stuff they never use.

“But then we have other friends who absolutely love their fully-equipped Camper conversions.”

And that, ladies and gentlemen, is the beauty of a VW. It’s yours. Just add bunting.